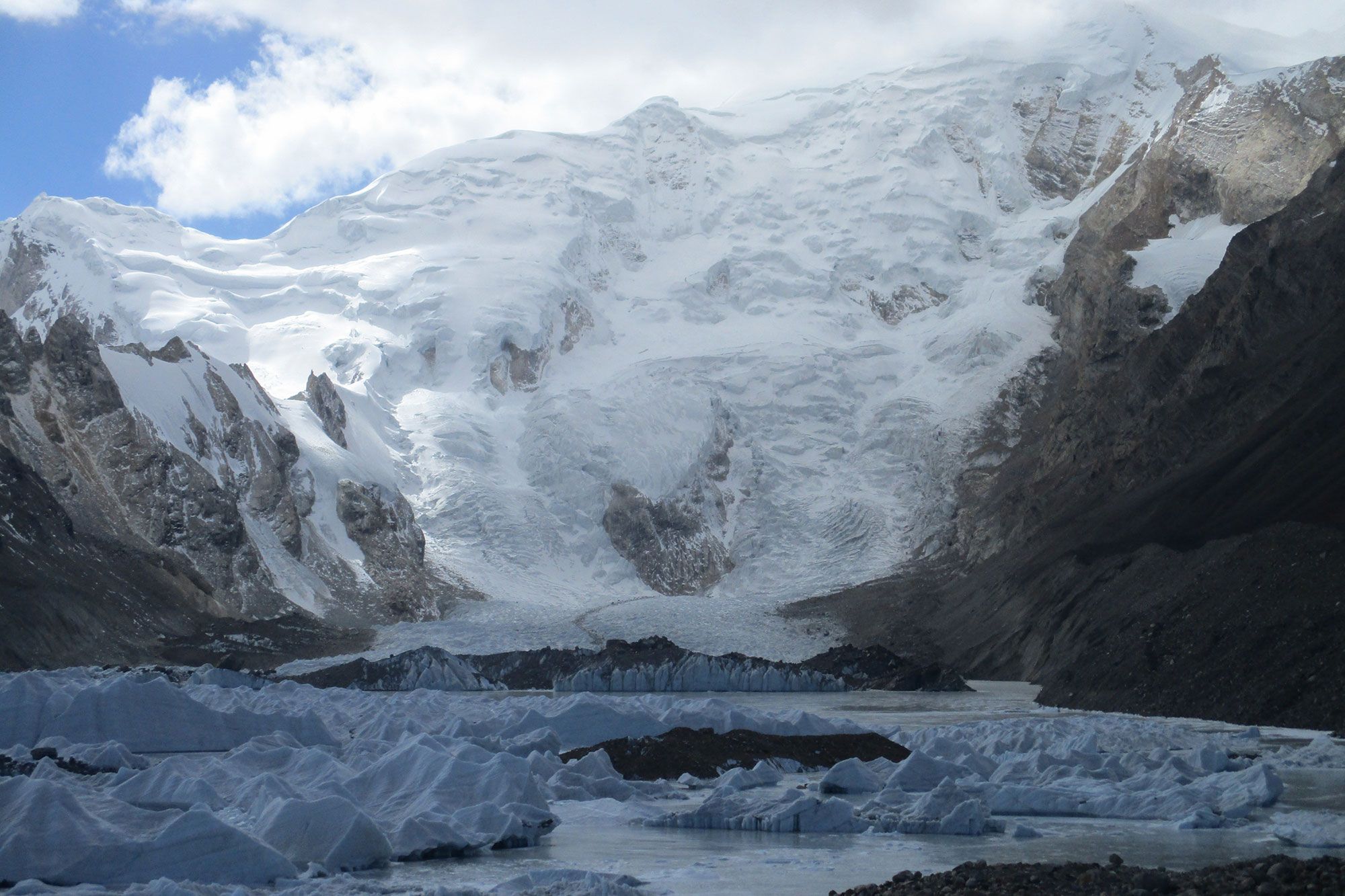 Water shortages or huge flood waves – both phenomena can be more accurately forecast by better understanding the melting of glaciers with lakes.

Glaciers are retreating around the world, leaving behind terminal moraines consisting of accumulations of debris. In the depression behind these natural barriers, melt water can accumulate over time and form new lakes, such as the ones that can be observed in Switzerland on the Gruben and Tschierva glaciers. If the tongue of the glacier extends into the lake, this has consequences. As an SNSF-funded study now shows, this doubles the average speed at which the ice flows. As a result, it melts faster. “These findings are very important for forecasting the availability of water,” says lead investigator Tobias Bolch of St Andrews University in Scotland, who previously conducted research at the University of Zurich for many years.

The fact that glaciers that end in the sea or a lake flow faster has been known by experts for a long time. “But we have only now analysed this phenomenon on a large scale and in detail for mountain glaciers,” says Jan Bouke Pronk, the study’s lead author. The investigation looked at all 319 glaciers with a surface area of more than three square kilometres in the central and eastern Himalayas, of which around one fifth form a lake. The glaciers in this area feed major rivers such as the Ganges and the Brahmaputra, and supply water to half a billion people.

Ice tongue buoyed up in the water

For their analysis, the researchers drew on data from the European Sentinel-2 satellites, which fly over the area every five days. The infra-red images from 2017 to 2019 have a resolution of up to ten metres. An algorithm identified high-contrast structures on these images, such as debris on the surface of the ice, and tracked how quickly this debris moved down the valley over time. The findings were clear: glaciers that flowed into a lake moved on average almost twenty metres per year; in other words, more than twice as fast as those that terminated on land. It made no difference whether their surface was covered in lots of debris or not. One possible reason for this acceleration is that the glacier tongue is buoyed up in the water and therefore has to overcome less resistance.

If glaciers flow more rapidly, the water reserves stored in the ice will also be exhausted more rapidly and rivers will receive less water. “But until now, the accelerating effect of glacial lakes has not been taken into account in predictions,” explains Bolch. “So water shortages in the affected regions in Asia could occur sooner than expected.” And the findings are important in another respect too: they can be used to calculate more accurately how quickly lakes fill up and when there is a risk of the terminal-moraine dam being breached, resulting in a huge flood wave. That applies equally to Switzerland

Sorry. No data so far.